I know this is super late but I’m going to tell you about my Easter in Waterford with Muffin!!!

We got down 2 days before the Sunday. There wasn’t much to do so we just really hung out.

On the second day we went to my great-aunts house to see Cleo. She is a Jack Russel Terrier and is jumpy. She runs and runs and runs all the time. Muffin and I were quite wary of her. I was quite scared that she would mistake me for a toy and pick me up, she would have ruined my fur and then I’d look terrible for all my photos! Hector was much more confidant  and jumped down to her! 😯

Easter morning, we woke up literally on our eggs. Hector and I got a Galaxy Easter egg to share and Muffin got a packet of smaller eggs but I’d say that he got more chocolate than me. 😦

That wasn’t all! Mummy set an Easter hunt for us. We had to find one chick in each of four rooms. First we were in Granny and Granddad’s room. We each searched for ages but in the end Hector found it. We then put it into the chick basket thingy.

Next was the hall. It was super easy. We all ran to the hiding place instantly. 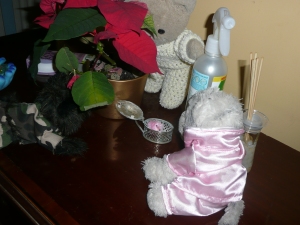 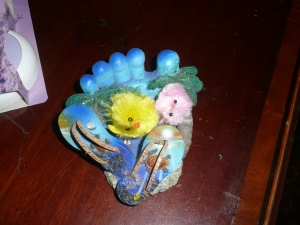 Third was the hall. It took us a bit longer than the bedroom. But the good news was that I found it. 😀

Last but not least was the kitchen. This was the longest. There were so many places that the chick could have been!!! Muffin found it in the end.

After the chicks went and led us to our Easter treat! 🙂 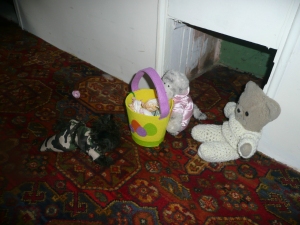 That night we went out playing bingo!!!!! It was in one of the many arcades, this one was called The Atlantic. It was full of oldies but apparently that’s normal. We were amazing. We won 12 euros and 50c! 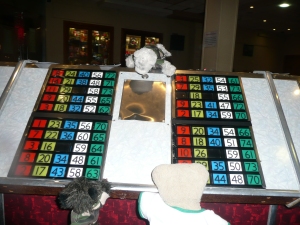 Over, under and out!